Want 10 eye popping influencer marketing facts? Of course you do. Influencer marketing is rapidly becoming the coolest way to promote your brand. By connecting with well-known celebs and influencers  within your industry, you can tap into their follower-base on social media and extend your outreach. It’s all about image, popularity and being linked with thought-leaders who can improve the online reputation of your company.

The Power of Influencer Marketing

So, with this in mind let’s take a look at 10 eye popping influencer marketing facts that show just how popular and often expensive, this craze is turning out to be. And don’t worry, as a leading content marketing agency we’ve got some top tips on how you can jump on the influencer marketing bandwagon without breaking the bank.

Kylie Jenner has recently become the youngest person on the Forbes list of America’s Richest Self-Made Women with an estimated net worth of $900 million. This might (and we’re just taking a stab in the dark here), be due to the fact that she reportedly cashes in an estimated $1 million per sponsored post on her Instagram account. This makes her the highest paid celeb influencer on the social platform. 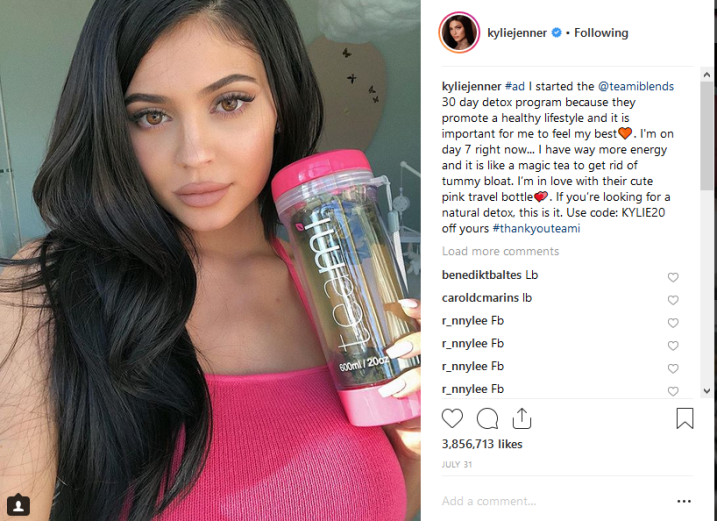 Popular singer and actress Selena Gomez has been in the limelight for a long time and with 141 million followers on Instagram… and counting… she’s the most-followed person on the site. It’s therefore perhaps no wonder that brands are willing to pay up to $800,000 per post to tap into her extensive audience. With a simple selfie raking in over 7 million likes, Gomez is gold dust in the marketing world.

After receiving a free LuMee light-up phone case designed to make selfies ‘lit’ and more flattering, Kim Kardashian reportedly fell in love with the brand and agreed to endorse the products on social media. Kim first promoted LuMee in January 2016 which resulted in the company doubling its 2015 sales in just one month. While specific deals tend to be kept under-wraps it has been rumoured that Kim has been paid up to $500,000 by brands for a single Instagram post to her 9.4 million followers. The biggest sign that she has raked in a bit of cash is when the star uses hashtags such as #ad, #spon or #collab. 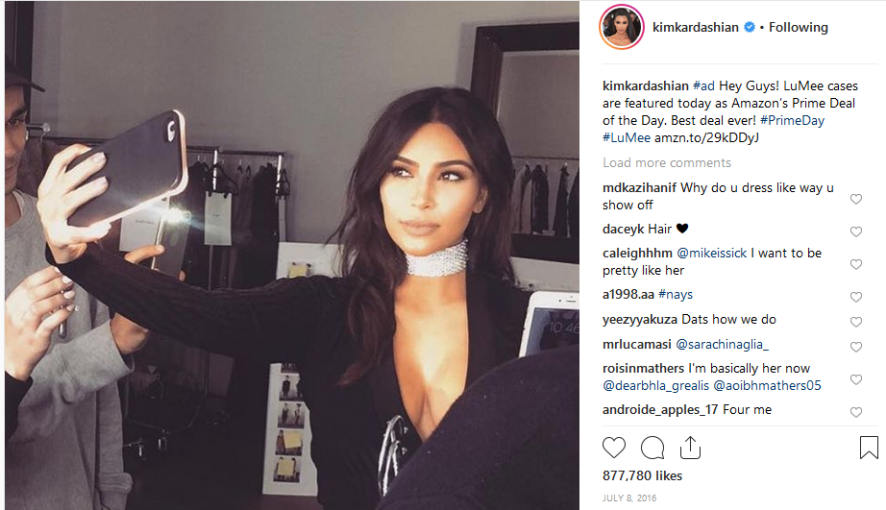 The Rock is set to start in a 2020 release by the name of Red Notice. His contract is said to be worth $22 million, which includes a $1 million social media fee. The idea is that The Rock will promote the movie across his social media channels including Twitter, Facebook and Instagram in a bid to generate a buzz.

#5 Gifting is an awesome and effective way to gain publicity

While many celebs get cash rewards for promoting brands, others are gifted in the most incredible ways imaginable. Airbnb is one brand that’s been rocking a sensational influencer marketing strategy for quite a few years now. Essentially, by providing A-listers with somewhere awesome to stay, they get a whole lot of social media love in return. Like when Mariah Carey took her twins to a $22 million mansion in Aspen Colorado. She shared the below Insta snap with: “We’ve had the most amazing holidays, dahlings! Thank you @airbnb for the gift of this beautiful home & trip to Aspen.” 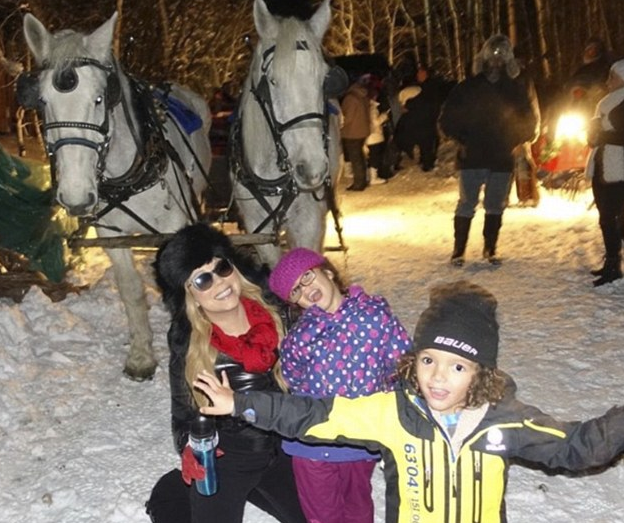 If it’s not broken, why fix it? Airbnb make life easy themselves by using the same formula over and over again. Why? Because it works! Celebrities including Beyonce and Jay Z have also been gifted properties as well as Justin Bieber and Steven Tyler. The Aerosmith frontman took to Instagram to thank the company for lending him a beautiful lake house for his 68th birthday. Located just outside of Orlando, Florida, the four-bedroom estate featured a lagoon-like pool and private doc. 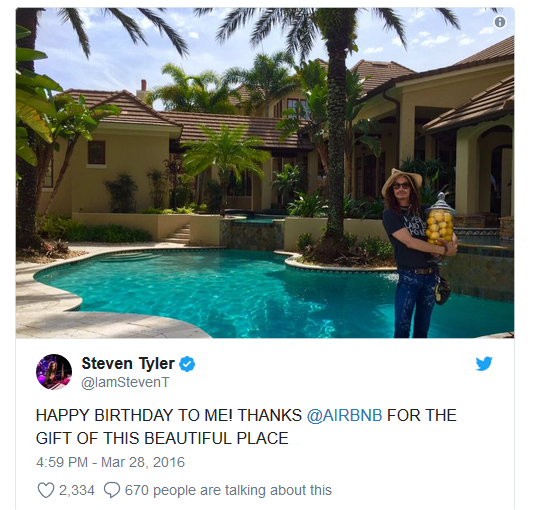 The crypto industry is attracting more and more followers as it becomes mainstream. With blockchain technology disrupting many sectors across the globe, it’s no wonder people are taking an interest. When superstar and Kim K’s other half Kanye West (who has now changed his name to Ye) tweeted a single word, ‘Decentralize’ it quite literally shot through the crypto world on Twitter, earning over 20,000 likes in just a few hours. Incredibly, just one word was enough to garner publicity for an entire industry.

Influencer marketing is infiltrating all sectors including digital assets and it seems investing in cryptos is not the only way to make cash. Software tycoon turned crypto enthusiast John McAfee is believed to rake in $105,000 per promotional tweet. This may seem a lot of money for such a niche market, but his team managed to justify the cost by saying; “each tweet costs $105,000 but divided between his 810,000 followers, the cost per ‘investor’ is only $0.13. Of course!

#9 Gifting is a great tactic when launching a new product

We all like getting something for nothing, right, as Airbnb proved? Well giving influencers a free gift is a great way to generate more genuine and personal reviews when launching a new product – and this is exactly what TomTom did. The company gave 45 social influencers a new fitness gadget to try for themselves in a bid to entice audiences across the UK, Germany and France. A whopping 47% of them shared, which means the brand saved money on advertising which extending their outreach. 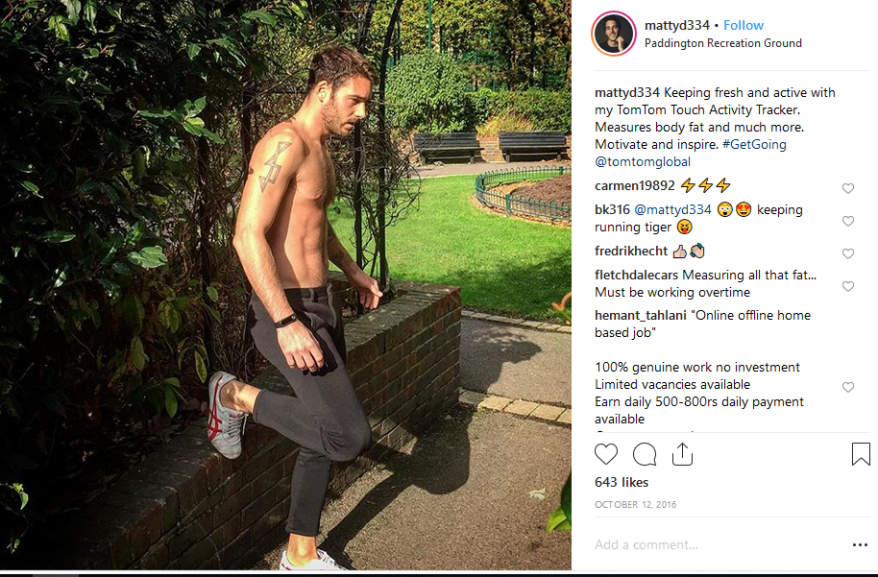 With an Instagram following of 1.1 million users, Something Navy fashion blogger Arielle Noa Charnas was in a great position to promote her very own fashion label with Treasure & Bond. Sold exclusively at Nordstrom and promoted to her social media fans, the capsule collection reportedly brought in more than $1 million in sales in less than 24-hours. Now that’s the power of the internet.

How Can I Do Influencer Marketing With a Smaller Budget?

If you’re under the impression that influencer marketing is hugely expensive – you’re not wrong! The facts above show just how much some celeb endorsements can cost, after all. But did you know that clever influencer marketing doesn’t always have to cost the earth. There are many things you can do to connect with thought leaders and stand out from the crowd. Here are some ideas:

First things first, it’s a really good idea to follow influencers on social channels and to retweet and share content as appropriate. This will ensure you know what’s going on in your chosen sector and allow you to reach out to influencers with your own thoughts and comments. It will also encourage influencers to follow your brand in return which is a good way to get noticed.

If you decide to contact an influencer:Don’t be overpowering or rude. Influencers won’t take kindly to being bombarded. Know who you’re talking to and if they’re likely to engage. Niche micro influencers with a following of less than 10,000 are far more likely to respond than macro influencers who can have well over 250,000 followers.

What if, you can organically attract the attention of an influencer? Wouldn’t that be cool! Well, you can via well-written, interesting and engaging content. If the social material you post is unique and perhaps taps into niche topics that can be discussed by those with extensive knowledge, you may be able to pique the interest of important people in your field. The trick is to stand out for all the right reasons.

If you know your industry inside out and have confident opinions that are backed up by extensive research and insights, there’s no reason why you can’t become an influencer yourself. This in turn can catch the attention of other influencers and improve the credibility of your brand. To do this you must absolutely make sure your online reputation is intact by streamlining all social channels and perfecting your LinkedIn account. You should also post thought leader articles to LinkedIn and other social sites like Medium. Be sure to engage in conversations and offer useful advice without coming over as arrogant.

Influencer marketing is an important part of business these days as is authentic content and a creative social media strategy. Want to get your brand noticed? Contact the Contentworks crew today. As a leading content marketing agency specialising in the finance, tech and lifestyle sectors we know exactly what’s needed to leverage your brand. Did you love reading 10 Eye Popping Influencer Marketing Facts? Hit share and spread the word.

At Contentworks we always credit our sources. Thanks to the following sites for providing awesome information: