Why Forex Traders Care about Brexit

Boris Johnson is Prime Minister, hard Brexiteer Dominic Raab is Foreign Secretary and Jacob Rees-Mogg is Commons Leader. Theresa May has taken a back seat and with Remainer ministers pledging to block a No Deal agreement, all eyes are on UK/EU politics.

For the past three years, Britain has been in an exciting will they/won’t they sitcom-esque debacle with the rest of Europe following a referendum which saw 51.9% of the UK vote to leave the EU. This made Britain the first of 28 European countries to ‘rebel’ against the EU. Brexit is huge news, but why should forex traders care about Brexit? Let’s take a closer look.

The Impact of Brexit

Brexit isn’t straight forward. In fact, breaking free from the EU raises a lot of issues that are hard to address. One of the biggest obstacles is that the 28 EU partner countries operate as a single market when it comes to taxing goods and letting people travel. 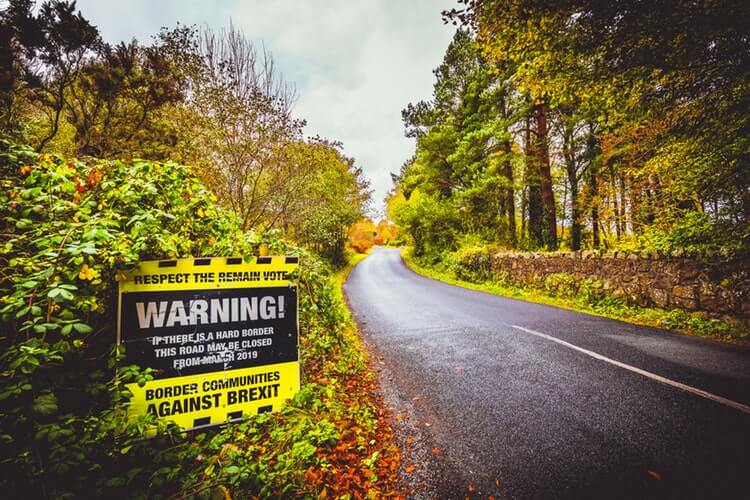 Separating from the EU could end up making the UK’s economy lopsided which will of course continue to impact the forex markets and forex traders. Especially considering the EU isn’t going to let the UK dictate the terms. The EU most likely won’t go easy on the UK when it comes to transportation of goods, tariffs and non-tariffs. New customs and regulations need to be agreed upon to send goods into the EU, and every step costs money. However, breaking up with the EU lets the UK trade with other countries without EU bureaucracy slowing everything down.

A Brexit deal is still under negotiation. And for the past three years the currency markets have responded significantly to speculation. For instance, immediately after the referendum, the pound plummeted and Brexit talk has also led to lower currency exchange rates.

Consequences of a No-Deal Brexit

New Prime Minister Boris Johnson has committed to leaving the EU by 31st October 2019. He has even voiced pushing through a no-deal Brexit. But what will the consequences be? And why should forex traders follow updates closely? Well, if Britain suddenly stops taking the EU’s phone calls, there will essentially be no transition period. Anyone at a port is going to have a bad day. Import regulations would be a mess, leaving food and medication at risk of being in short supply. 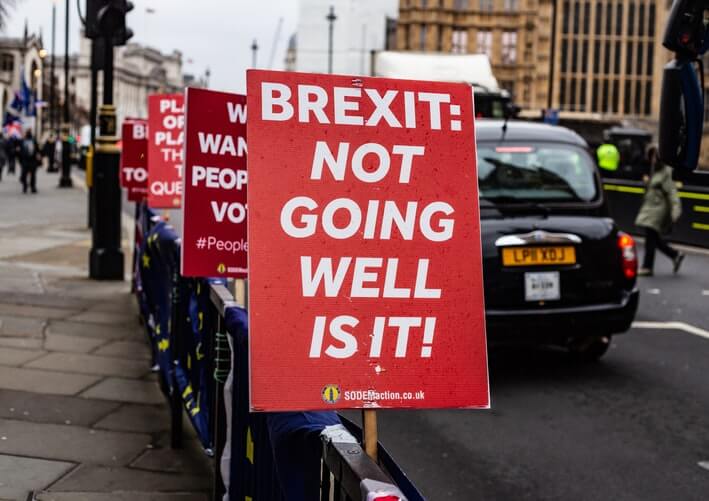 Then there’s the whole matter of settling the bill. The UK owes money to the EU, and they’re going to get slapped with a ‘divorce bill’. This is to handle the UK’s portion of the projects undertaken by the EU while it was (is) a member state. The UK estimates the divorce bill at £32.8 billion (€36.3 billion).

Brexit and the Markets – A Rollercoaster Ride

Brexit will also include leaving the European Customs Union. This departure means tighter controls put on UK-based goods. This has a heavy impact because back in 2017, nearly half (45%) of all UK goods exports (by value) were sent to the EU. Imports from the EU accounted for more than half (54%) of all goods.

These tariffs will most definitely affect the end consumer, resulting in a strained economy. If the end consumer is a manufacturing company that depends on material from the EU, then this extra burden will definitely impact the markets and the pound.

FDI Will be Strained

Foreign direct investment (FDI) is a resource every country competes for, and in the last year, the UK saw a fall of 13% in foreign projects according to EY. The main cause reported was the uncertainty surrounding Brexit.

A heavy hit to the UK was in the manufacturing sector, seeing a 35% drop, because of the potential tariffs that could be imposed after Brexit.

“Concerns over Brexit appear to be reducing the UK’s appeal currently and are hampering its ability to attract capital that could create a platform for future growth in output and productivity.”

GBP Could take a Fall

The foreign exchange market is always subject to change, and everyone is always waiting for fundamental news to come and shake things up. The GBP/USD pair is in a predicament with the FDI losing interest in the UK as an investment spot.

It’s also an easy conclusion to make, that the market will behave similarly to the way it did with the leave-vote. Back in June 2016, GBP/USD fell overnight during the voting process. It even saw a loss of more than 10% at one point. Shares also saw losses. The FTSE 100 index started the day with a drop of 8%. Banks took heavy hits. Barclays and RBS both saw lows that day around 30%.

The Impact of Social Media on Brexit

Social media has even made it easier to find your own base camp with which to rally. Before the referendum, analysis of the hashtags floating around showed extremely divided camps. The statistics compiled by Dr. Vyacheslav Polonski, showed that opposing hashtags were rarely used in conjunction with each other.

During the voting period, hashtags #beleave, #brexit, and #voteout were used to address others with similar ideologies, versus reaching out to debate or create a dialogue with the opposing camp. This was also seen on the pro-EU side, with #bremain, #strongerin and #hugabrit being hashtags of choice. The leave-camp were the most vocal online, with their hashtags occurring most frequently.

Brits also turned their despair into humour with some of the funniest ever tweets being about Brexit.

Social Media’s Impact on the Markets

Social media has gradually increased its influence over investors. In a surprising turn, however, as more people have adopted social media as a place to gather news, this has not lead to new investors flocking to brokerages.

In a study by Eric Tham, ‘Social media impact on household investors and their stock markets participation’, for news on social media to aid in acquiring new investors, the post must be interactive. If a company’s social media presence is too self-promoting, it causes a disconnect with its target audience.

The issue over why forex traders care about Brexit is easily answered with one word. Money. We all remember when Soros shorted the Bank of England. Brexit provides an exciting, albeit risky opportunity for traders. In addition, the GBP could be highly volatile in the runup to the announcement meaning traders need to be on their toes.

With Brexit’s final days looming, kwatching on Brexit movements via news channels and social media as well as brokerage information hubs is key in order to make informed trading decisions. Brokers should also work on informing their consumers to make the trading process easier to navigate. Many finance brands have found the perfect strategy for acquisition through social media by working with content marketing agencies, such as Contentworks. Talk to our team now.

At Contentworks Agency we always credit our sources. Thanks to the following sites for providing awesome information: