If you think finance was all crisply ironed shirts, bow ties and intelligent talks around the water cooler, you’re partly right. But it’s so much more interesting than that. Let’s delve deeper and look at 3 Finance Brands Running Hot Social Media Campaigns.

Finance is not as rigid as it’s made out to be *shock horror*. Sure, there are loads of regulations and governing bodies such as CySEC are not at all forgiving, but the industry does get to have a little fun from time-to-time too! While the finance sector was relatively late to jump on the social media bandwagon, both finance bigwigs and top finance brands are now rampantly upping their social game and causing quite a stir across multiple platforms. And rightly so as competition is fierce. So, let’s look at how these 3 finance brands have rocked social media.

Influencer marketing works and is set to continue being a go-to marketing tactic throughout 2019 and beyond. Social campaigns featuring well-known celebs tend to do incredibly well with Chase Bank leveraging the popularity of basketball star Steph Curry and tennis legend Serena Williams to help promote their 2017 QuickPay money transfer service.

The campaign featured an ad which saw the two stars go head-to-head in an epic and disruptive ping pong battle. The damage for which was paid for using the QuickPay app (obviously). But what was really cool about this marketing effort was the teaser launched across social sites which encouraged followers to choose #TeamSteph or #TeamSerena. The teaser content incredibly accumulated over two million video views across Instagram and Facebook before the ad went live. Now that’s how you generate a buzz. 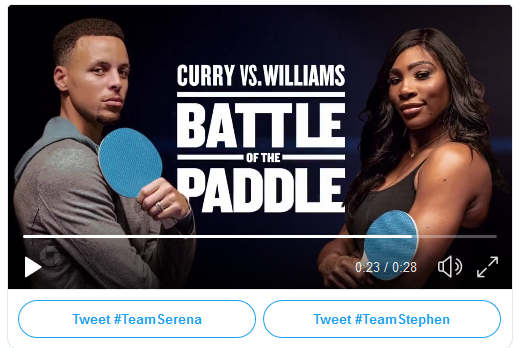 Top marketing takeaway: Make the most of your marketing campaign by creating hype ahead of the launch. To do this successfully, it’s a good idea to weave a call to action into social posts just like Chase Bank did. For example, you could ask people to share a small video clip ahead of a product launch to be in with a chance of securing a prize.

The New York Stock Exchange (NYSE) has embraced social media with both hands and definitely gets kudos for making important finance updates an integral part of life. As one of the biggest exchanges in the world, the NYSE uses digital and social media to channel its profile and interact with people across the globe on a daily basis.

For instance, the NYSE streams its Opening and Closing Bell Ceremonies live on Facebook as an initiative to reach out to millions of followers. Giving companies such as BlackBerry Limited, listed on the NYSE as BB, the chance to open the session is a great way to gain publicity and stay in the limelight. 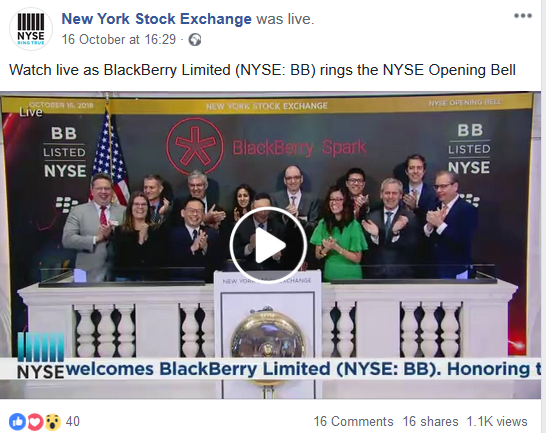 The company also has a strong presence on other social platforms too including Twitter . There, the exchange isn’t afraid to drum up re-tweets with a bit of humour as seen in the meme below. This is all part of a marketing effort to make finance more interesting and engaging. Snapchat is also being used to promote content, mostly videos, and interviews with some of the biggest celebrities and business personalities in the world. 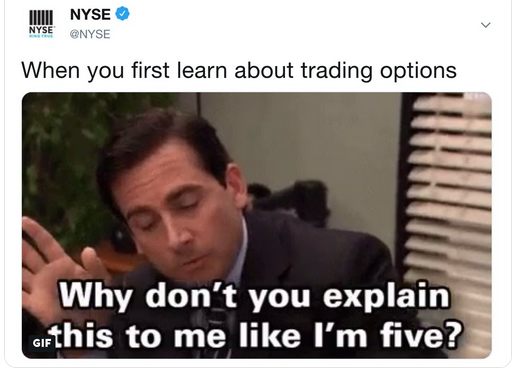 Top Marketing Takeaway: Adopt an omnichannel approach to help extend your outreach and appeal to your target audience on each channel.  Just because finance is a notoriously serious sector, it doesn’t mean you can’t incorporate tasteful humour into carefully planned marketing activities.

Corporate responsibility is a significant topic for many big-name brands looking to give back to the community and in turn perhaps improve their reputation. This was the approach taken by Morgan Stanley who launched the Capital Creates Change initiative in a bid to revamp their company image following the financial crisis of 2009.

The initiative, launched across multiple social media sites, is designed to show how the brand benefits its clients and society at large. Also how it is helping to change the world through its involvement with innovative technology, infrastructure and culture appreciation.

The firm is paying more attention to Twitter and LinkedIn when it comes to communicating through social media. The financial institution uses the two media outlets to share helpful information as well as for forming new customer contacts. 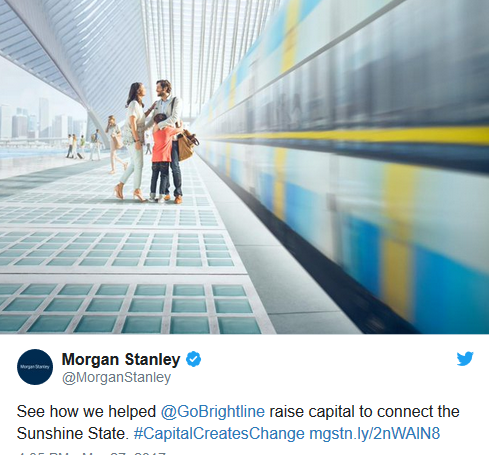