Rainbows, parties, picnics and parades. Welcome to Pride Month. This is celebrated annually in the month of June to honour the 1969 Stonewall Uprising in Manhattan, which became a tipping point for the Gay Liberation Movement in the United States. Events today continue to show support and respect for the LGBTQ+ community, with many brands embracing diversity through Pride-themed products and advertising. But who’s nailing Pride marketing this year? We’re checking out the best Pride campaigns of 2022.

Skittles are famous for their multicoloured sweets, with ‘taste the rainbow’ being one of the most famous taglines from a confectionary brand. But this year, traditional Skittles packets are turning grey for Pride. Why? Because Skittles want to give up their rainbow to ‘celebrate the one that matters.’ Of course, they’re talking about the Pride rainbow which symbolises the LGBTQ+ community. But what does the campaign involve? 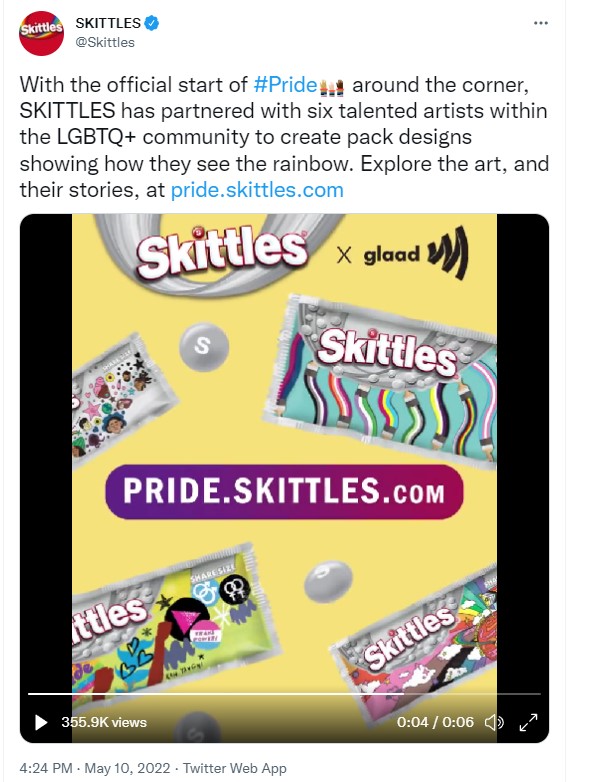 Skittles has partnered with GLAAD, an American non-governmental media monitoring organisation, founded as a protest against defamatory coverage of gay and lesbian people. Plus six talented artists within the LGBTQ+ community to create pack designs that represent how they see the rainbow. To generate as much buzz as possible ahead of June, promotion for this started in May. Note the Pinned Tweet. This is significant considering many people believe brands just jump onto Pride marketing at the last minute, as tweeted by Elon Musk. 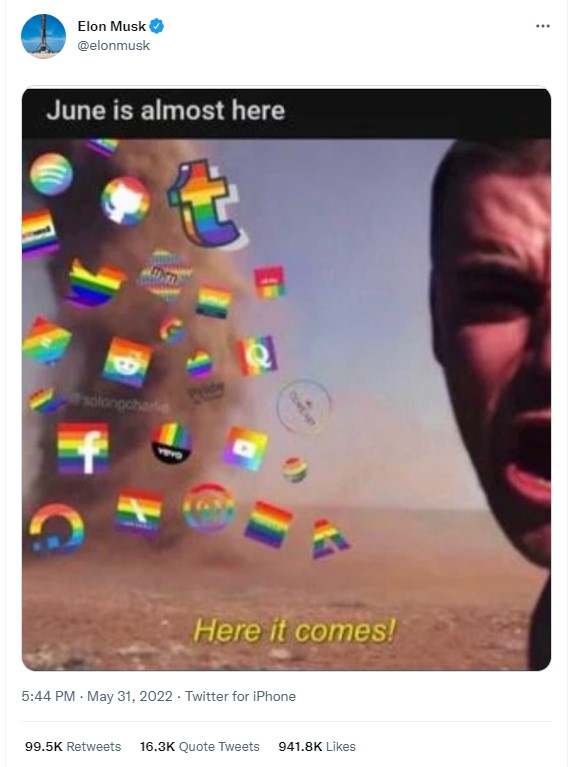 And social media users are sensitive to the exploitation of Pride for commercial gain. 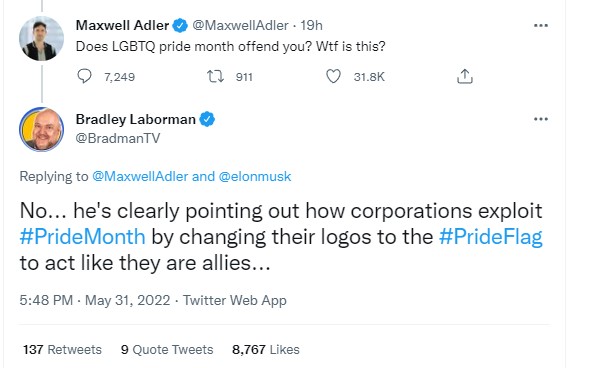 Showcase your passion for diversity throughout the year and invest in initiatives that help the gay community all year round to avoid looking fake. Also, don’t be afraid to promote your Pride efforts early before your competitors step up. 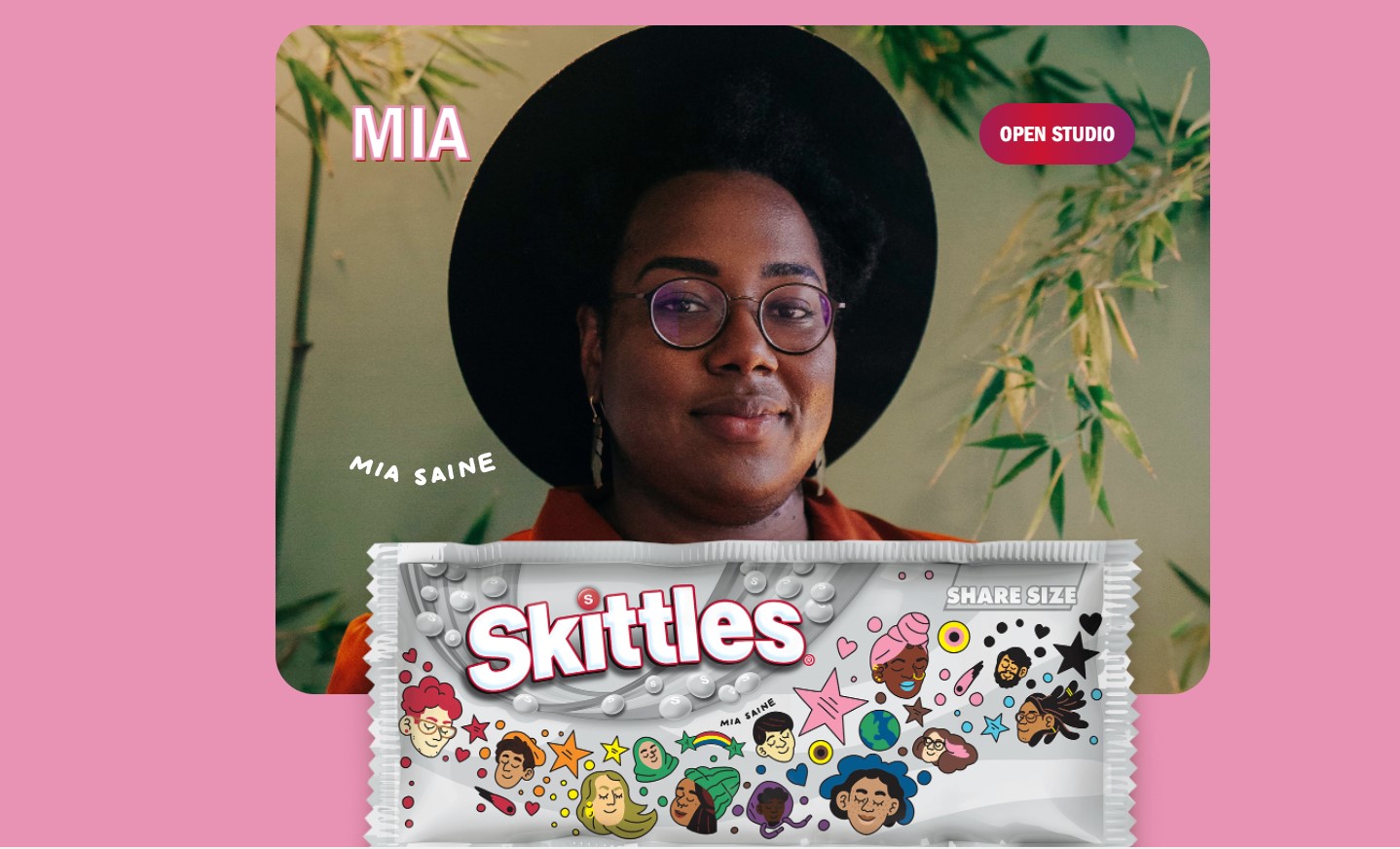 When it comes to any kind of campaign, including Pride, dedicated content hubs work well as they provide extra keyword opportunities and allow you to generate relevant content that can be easily shared to social media. This is your chance to be unapologetically creative, so think about shooting fresh imagery, setting up competitions, creating unique GIFs and more.

Another brand absolutely rocking corporate responsibility is Absolut Vodka. The brand has launched Out & Open, a new ongoing initiative, in partnership with actor and comedian Bowen Yang, that raises awareness of the LGBTQ+ bars, which have declined by 15.2% between 2019 and Spring 2021. The campaign provides resources to business owners to help these establishments thrive and there’s a particular focus this year on outposts bars. These are gay bars that are an hour or more away from another and are considered special as they provide a rare physical space for the LGBTQ+ community to meet safely. 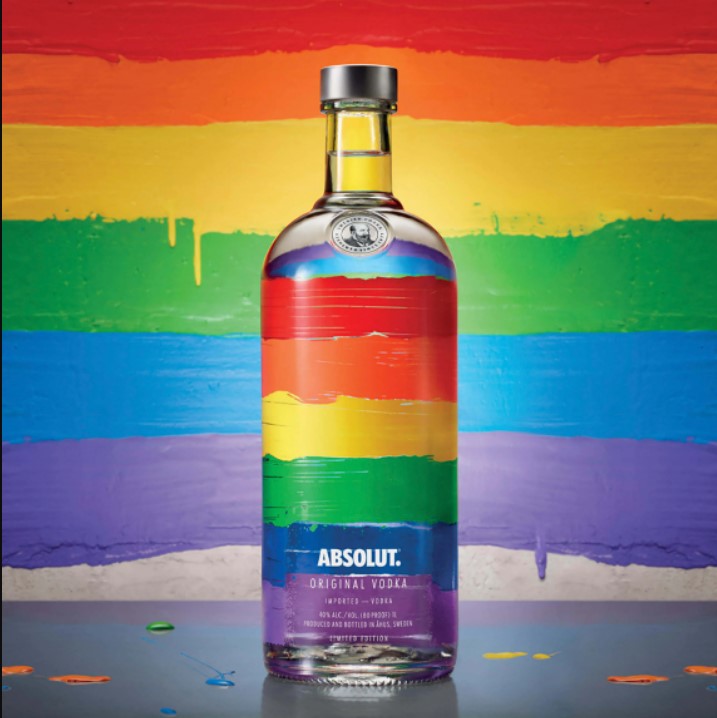 As part of Absolut Vodka’s supportive efforts, the brand has published an audio-visual series with real stories about the poignant role that LGBTQ+ bars have played. For every listen to an Absolut Out & Open story, Absolut will increase its $175,000 donation to the National LGBT Chamber of Commerce by an additional $1 to fund succession planning education and training. 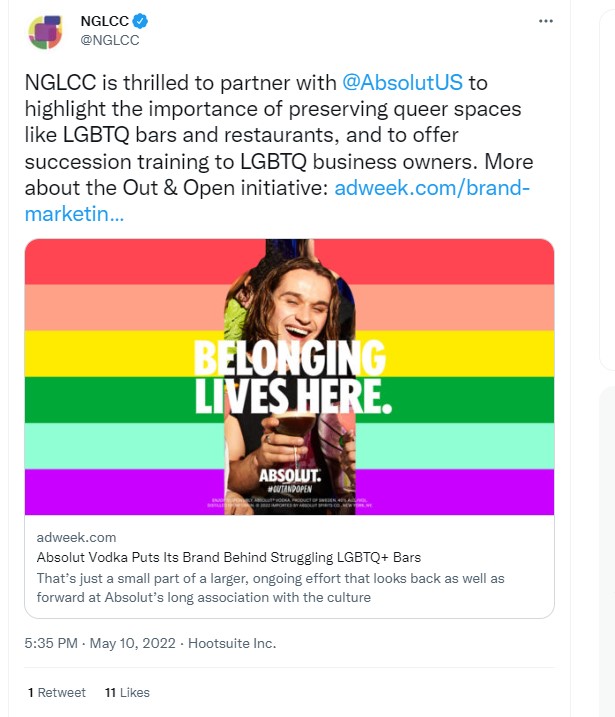 When it comes to marketing, think of unique ways to communicate your point. Content is far more than the written word. So think videos, podcasts, audio clips, imagery, infographics, interviews, Go Live sessions and more. 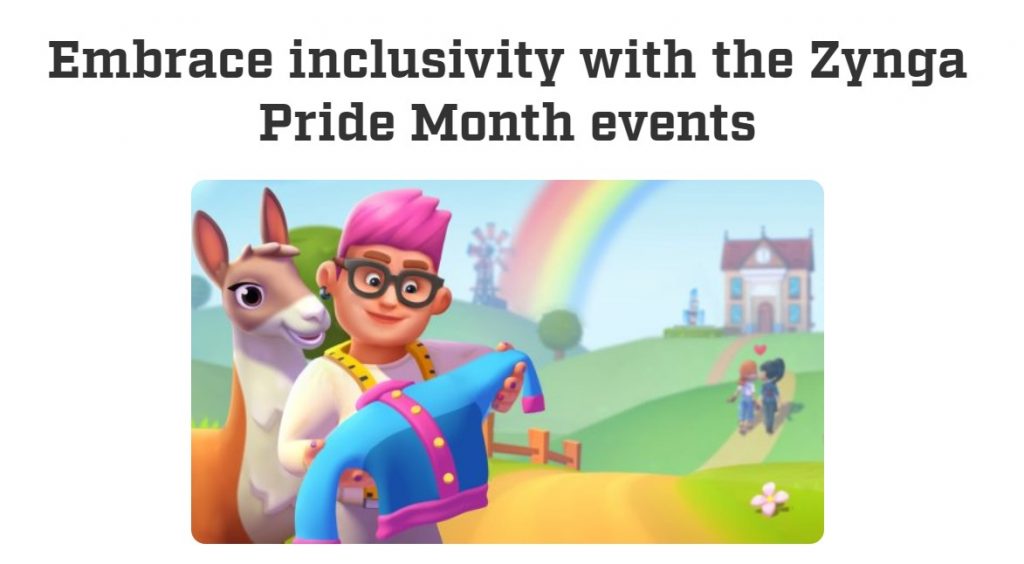 And it seems their efforts are going down well so far. 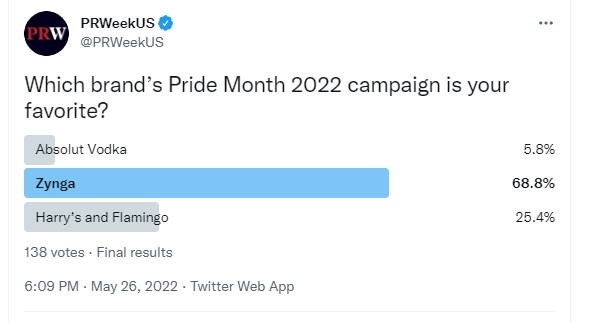 There will also be some cool changes to the Wizard of Oz Slots throughout June, with Emerald City getting in on the Pride Month festivities (naturally) . Everyone is coming together for a special event filled with challenges, rewards and a raffle to win the Rare Rainbow Pack.

The hashtag. #PlayWithPride is used consistently across Zynga’s Pride Month marketing material making their content both relevant and easy to find.

#4 Calvin Klein – This Is Love

Family isn’t always your biological one. For many in the LGBTQ+ community, family is chosen. And it’s this that’s both acknowledged and celebrated in Calvin Klein’s new This Is Love campaign. Shining a light on chosen family, an element of the Queer experience that is often overlooked by mainstream media, the campaign is sensitively presented and packed with personal stories. It also features apparel pieces modelled by the likes of legendary film maker John Waters, an avid supporter of gay rights and gay pride and musician Snail Mail. 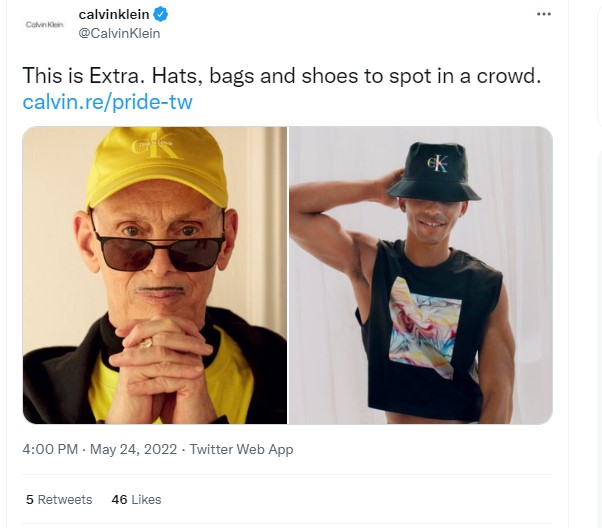 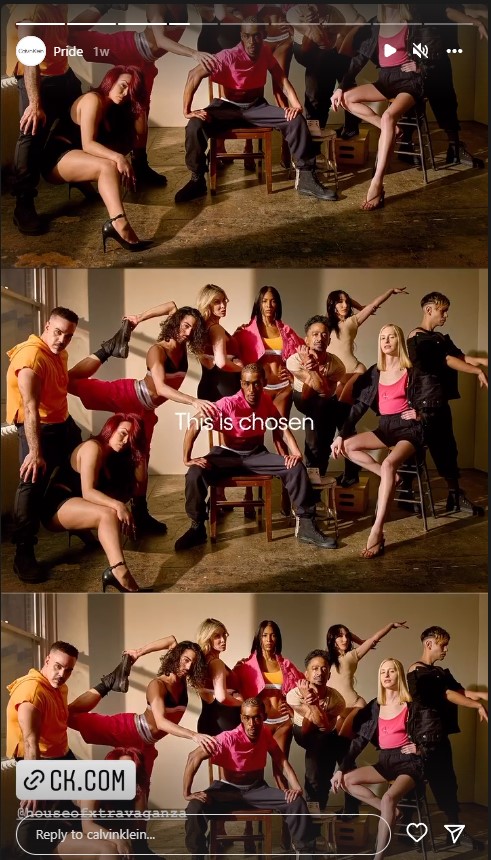 Recognising and celebrating Pride is more than turning your brand’s profile picture rainbow for a month. Here at Contentworks, we fully support diverse and inclusive working environments and can’t wait to see more campaigns over the coming month. Do you have a favourite Pride campaign or wonderfully diverse brand we should be following? Tweet us @_contentworks and let us know!