10 Times The Financial Markets Shocked Us in 2019

It’s that time of the year again, when we sit back and take stock of everything that happened through the 12 months. If you thought 2018 was wild, 2019 didn’t disappoint either. From developments in US-China trade relations to the never-ending Brexit saga, investors had plenty to keep them on their toes. For those who didn’t notice, the stock markets got off to a tremendous start in the New Year in 2019. Experts termed it as “The best January in 30 years,” with the S&P 500 up 7.9%. Was this “Santa Rally period” indicative of what was to come next? Let’s take a look. Here’s 10 Times the Financial Markets Shocked Us in 2019

A sharp drop in US manufacturing orders and the nation’s souring relations with China severely affected the global technology giant in January 2019. Apple’s shares lost 9% of their value, after the company issued a Q1 revenue warning to investors, citing severe pressures from a weakening Chinese economy. Major indices plunged after the announcement, with the FTSE 100 losing 41.57 points, the Dow Jones Industrial Average (DJIA) suffering a 660 points loss and the S&P 500 falling 62.14 points. 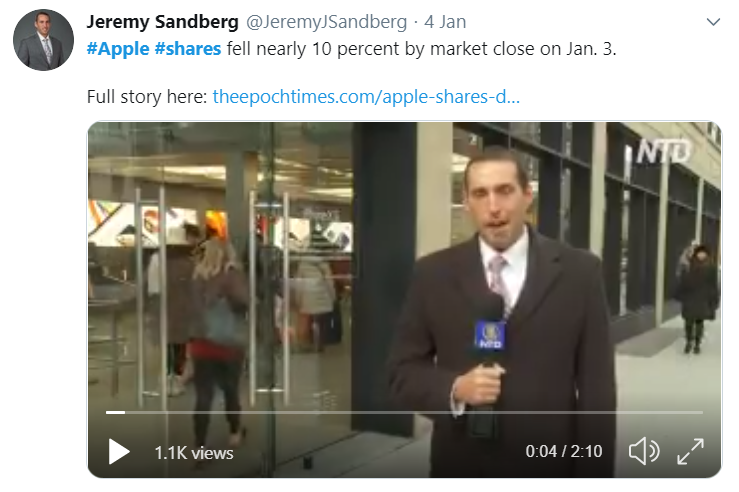 While NASA kept its eye on NT7, a two-to-four-kilometre-wide asteroid that could almost wipe out the human race in February 2019, Washington DC decided to delay additional tariffs on Chinese goods that had been earlier scheduled for March 1, 2019. This 60-day extension announced, or rather tweeted, by President Trump led to a rise in the DJIA (0.01%) and the Nasdaq Composite (0.20%). It was also welcomed by the Asian markets. The Shanghai Composite Index closed up 5.6%. the highest since mid-2015. However, the Dollar Index fell 0.1%. 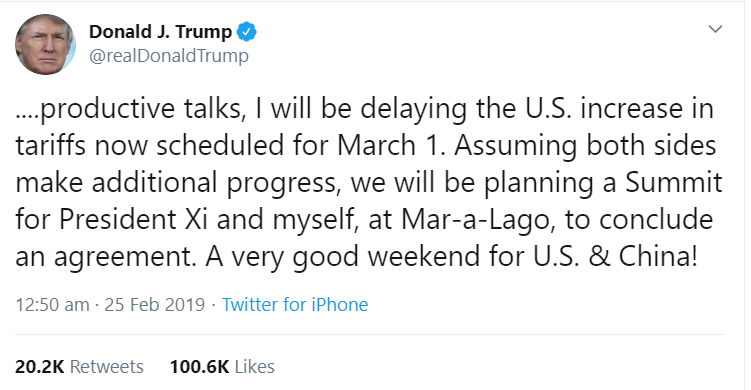 March was a tumultuous time for Britain, scheduled to leave the EU on March 29, 2019. Not only did the nation miss the deadline, it was plunged into a deep political crisis. Prime Minister Theresa May’s withdrawal agreement was rejected by the UK Parliament for the third time, evoking fears of a second referendum.

The Pound Sterling saw extreme volatility. The currency markets had cut back their expectations of a no-deal Brexit, which had driven the Pound up in the preceding weeks. But, on March 29, 2019, the GBP/USD fell to 1.30370, from 1.30766 a day earlier. PM May announced her resignation soon after, bringing in the possibility of a longer delay to Brexit and continuing political instability. This scenario created massive uncertainty for UK and EU businesses, citizens and the global markets. 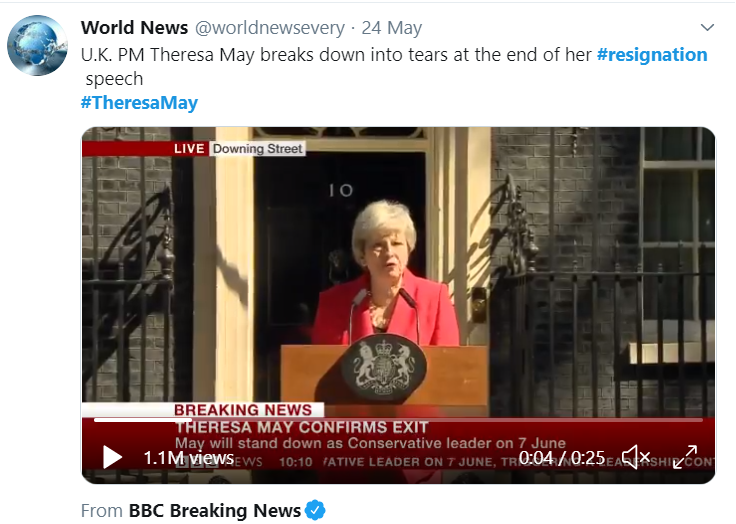 Both the Federal Reserve and the European Central Bank (ECB) kept interest rates unchanged in March 2019. The Fed further promised no rate hikes for the rest of 2019. Investors were able to get a breather and concentrate on the earnings season of April 2019. Large cap S&P 500 rose 4.05%, an all-time high in the month. US stock market volatility declined and even the emerging market stocks rose 2.11%. However, the International Monetary Fund (IMF) cut its global growth forecast to 3.3% in 2019, due to high policy uncertainty in the major global economies.

On the other side of the world, brokers braced for the longest market shutdown in Japan, with the abdication of Emperor Akihito, in addition to the annual ‘Golden Week’ days from April 27 to May 6, 2019. The markets were shut for 6 trading sessions, spiking fears of post-holiday volatility. 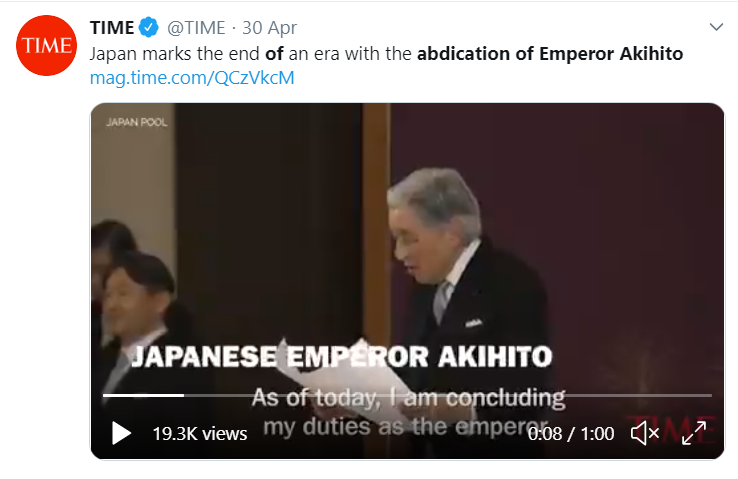 #5   Boris Johnson Comes to Power in the United Kingdom

Theresa May’s resignation, announced on May 24, 2019, resulted in a 14% drop in business investments, a sluggish UK housing market and the GBP losing 1.7% of its value against the USD. Boris Johnson assumed power as the new Prime Minister of the UK on July 24, 2019, with a promise to exit the EU by December 2019. A staunch supporter of a hard Brexit, his appointment led to greater unrest in the markets. By July 25, 2019, the GBP/USD was trading at 1.2452, and continued to lose steam in the days that followed. By August 2019, the pair was trading at 1.20, and didn’t break the psychological level of 1.25, until new hopes of a sound Brexit re-emerged for October 31, 2019.

On August 5, 2019, the People’s Bank of China devalued the Yuan against the US Dollar, to below the 7 Yuan mark, for the first time since 2008. The decision was made due to fresh tariff threats (10%) imposed by President Trump on $300 billion worth of Chinese goods. The new tariffs were schedule to come into effect on September 1, 2019. The global markets fell across the board, including the DJIA (2.19%), S&P 500 (2.2%) and Nasdaq (2.9%). The Nikkei also closed down 1.74%, while the Shanghai Composite closed 1.62% lower. A much weaker Yuan inflicted difficulties on Chinese importers and consumers who borrowed in US Dollars. As President Trump accused China of “currency manipulation,” investors flocked towards gold and the Japanese Yen as safe haven assets.

As political and economic uncertainties intensified across the world, cryptocurrencies rallied. After a harsh “crypto winter” in 2018, cryptocurrency prices surged in June 2019. Bitcoin hit the $13,000 mark on June 26, 2019, tripling its price in less than 3 months. Even Litecoin rallied 330% in 2019. Rising mainstream investments and a dovish stance by major central banks are expected to continue to fuel crypto prices in 2020.

Saudi Aramco at Abqaiq, the global oil processing giant, and its crude oil stabilisation plants, bore the brunt of drone attacks on September 15, 2019. This was the biggest attack on Saudi’s oil infrastructure since 1990. With the facility having processing power of more than 7 million barrels of oil per day (5% of the global oil supply), this supply-chain disruption caused huge market volatility. Both Brent Crude and WTI prices surged an average 20% in intraday trading, the highest in 30 years. Analysts feared that a significant hike in oil prices could push global inflation to 5%. Britain’s FTSE 100 blue-chip index fell 0.6%.

But oil prices soon fell after the market re-assessed the damage done to the supply. This pointed towards a sated global oil market, driven largely by excess oil production in the US. 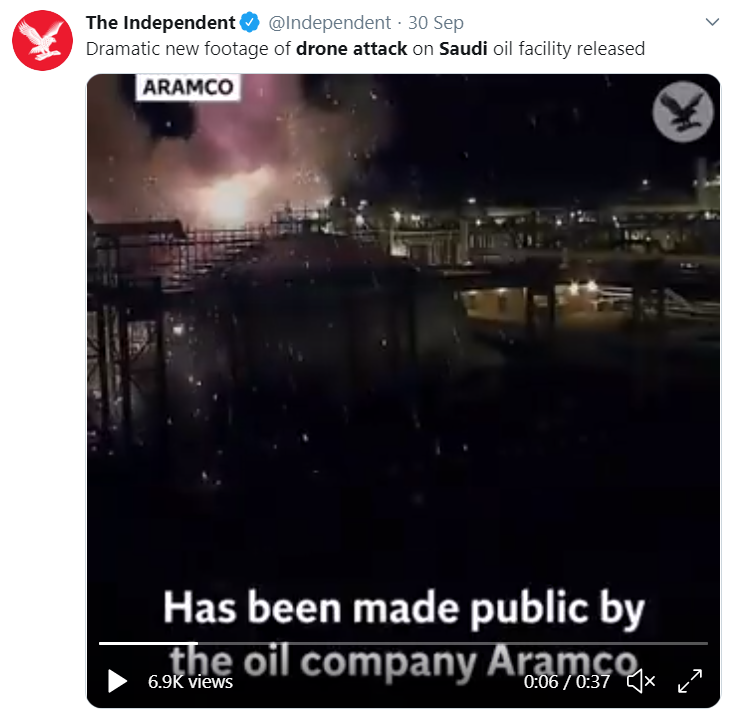 On December 4, 2019, US President Trump indicated that a trade deal with China might not be a possibility until after the US Presidential elections in 2020. This led to serious market unrest, with the DJIA losing more than 300 points, S&P 500 declining 0.7% and Nasdaq Composite declining 0.6%. President Trump also announced additional tariffs on Brazilian and Argentinian goods, due to their currency devaluations. In addition, he threatened tariffs on $2.4 billion worth of French goods, in response to a digital services tax imposed on US technology firms, like Amazon and Google, by the EU. The major benchmarks across the Asian markets also declined, with Tokyo’s Nikkei 225 index dropping 1.05% and Hong Kong’s Hang Seng retreating 1.25%. 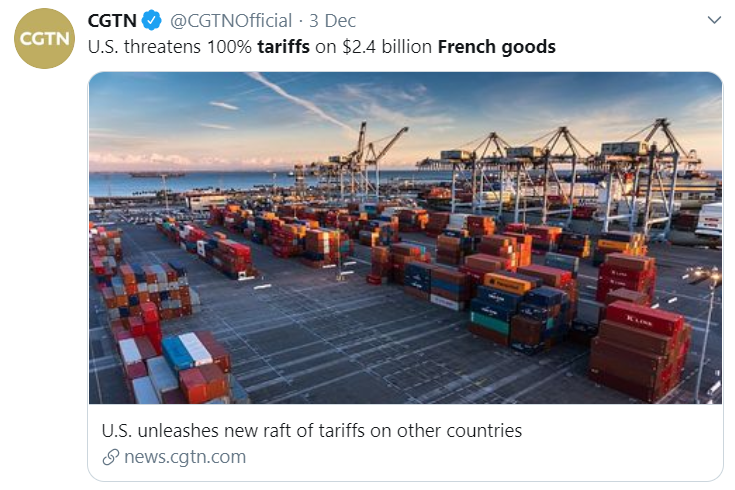 Britain melted down one million commemorative Brexit coins after missing the October 31 deadline. But the economic meltdown was more pronounced. GDP growth shrank in August and September 2019, and the country recorded no growth in October 2019. Year-on-Year GDP growth was the lowest since 2010, at 1%, due to the slowing manufacturing industry and services sector.

PM Boris Johnson failed to convince the UK Parliament regarding his Brexit deal, despite having sold a withdrawal plan agreed upon by the EU Council. He requested an end of January 2020 Brexit extension. To put an end to this policy paralysis, the UK general elections were announced for December 12, 2019. The announcement was good for the “Cable,” as it rose to a seven-month high against the US Dollar, ahead of the elections.

An astounding victory for the Conservatives in the December elections led to the stock market and the Pound surging. The Pound Sterling rose against the US Dollar to $1.35, its highest since May 2018, on the hopes that a parliamentary majority would finally bring an end to the Brexit crisis. The GBP also recorded a 3-year high against the EUR, trading at 1.2046. The FTSE 100 climbed 1.1%. 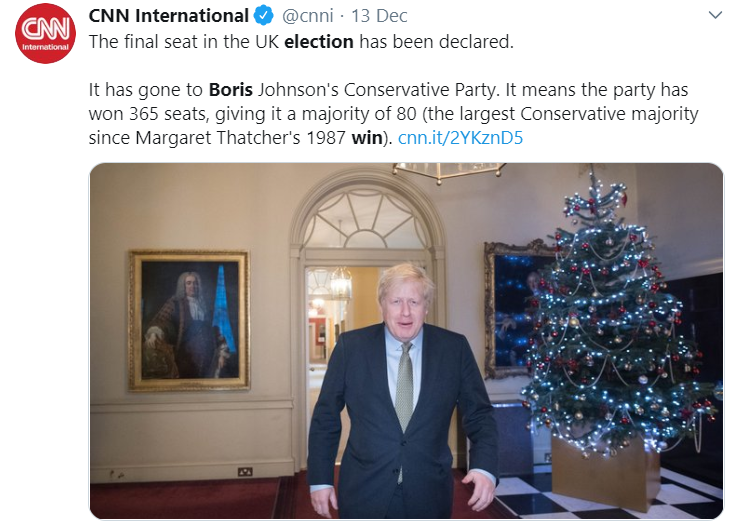 Global Economy is On the Cusp of a Downturn

The next year will be crucial in determining how Britain exits the EU. As major European economies, including Germany, vaguely escape recession, the divorce with the UK could destabilise the world economy. The United States is also looking at a possible recessionary cycle, with Trump having been impeached and rising threats of trade war escalations. For the US, 2020 is also the election year. The US Federal Reserve is expected to slash interest rates further in 2020, to support the declining economy, or worse, even restart a quantitative easing programme. All this might weaken the US Dollar, which could depreciate moderately in 2020.

Technological Innovations are On the Rise

On a positive note, the financial services industry is being revolutionised by new technologies. Artificial Intelligence, Machine Learning and Big Data will not only continue to improve customer experiences, but also create new jobs. Banks are already considering blockchain to improve their KYC processes. Major regulatory bodies, such as the Cyprus Securities and Exchange Commission (CySEC), are ramping up efforts to regulate crypto assets. AMLD5 is a pan-European anti-money laundering directive, technically the EU’s first approach to regulate cryptocurrency assets extensively.

With such major developments, 2020 promises to be as eventful as 2019 was. This is the time to keep your economic calendar and charting tools handy. Did you enjoy reading 10 Times the Financial Markets Shocked Us in 2019? If you did then hit share and be sure to follow us for more like this. Contact Contentworks Agency for unique daily outlooks and crypto analysis as well as finance-related articles, blogs, web content, whitepapers, video scripts and more.

Loading...
Contentworks > The Content Bar > Finance > 10 Times The Financial Markets Shocked Us in 2019
« Director’s Christmas Message
#SantaIsReal and the Elf Who Hated Christmas »