How Does The Cost Of Living Crisis Impact Trading? Does It?

Global inflation has surged to the highest level in decades caused by the ongoing crisis in Ukraine, supply challenges,  higher energy costs and fallout from two years of lockdown. As a result, the US dollar index has surged to the highest point in over two decades while most stock markers have dropped by more than 20%. This situation is having mixed results for forex and CFD brokers and related companies. As a financial services marketing agency, we’re asking the questions: How does the cost of living crisis impact trading? Does it?

Most countries have seen their inflation rise. In Europe, the headline consumer price index (CPI) rose by more than 10% in September. In the UK, barring any more government energy subsidies, analysts at Citigroup expect that the CPI will hit 18.3% in Q4 of this year. Similarly, in the US, the headline CPI rose to 8.3% in August.

In response, central banks have embarked on their most aggressive policies in years. For example, in the US, the Federal Reserve has hiked interest rates by 300 basis points and started a Quantitative Tightening (QT) plan to reduce its balance sheet. Other extremely hawkish central banks are the European Central Bank (ECB), Swiss National Bank (SNB), and Bank of England. The chart below shows that most central banks have hiked rates by 75 basis points or more in 2022. 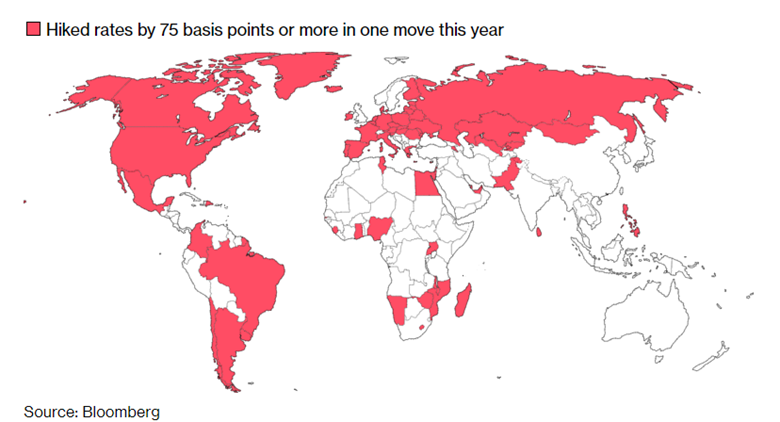 Impacts of inflation on trading volume

High inflation, which has been accompanied by extremely high interest rates, has had an impact on the broader financial market. For example, the price of most assets, including those perceived to be safe, have dropped in 2022. The chart below shows that the S&P 500, German’s DAX, and Hong Kong’s Hang Seng all crashed by more than 20% in 2022. This is a sharp reversal considering most stock indices soared during the covid-19.

Similarly, other assets like commodities and cryptocurrencies plunged in 2022. The value of all cryptocurrencies has crashed from more than $3 trillion in 2021 to less than $1 trillion. Notably, commodities long perceived to be hedges against inflation like gold and silver have fallen by over 20% this year. The bond market has also plunged, pushing yields to the highest point in more than a decade.

This market volatility has had a major impact on trading volumes internationally. One of the biggest participants in this situation is Robinhood, a company that revolutionised the brokerage industry. With stock and cryptocurrency prices falling, Robinhood has seen its trading volume crash. In the second-quarter, the company said that the number of monthly active users (MAU) dropped by 1.9 million to 14.0 million. Assets under custody crashed by 31% to $64.2 billion.

Other companies in the industry have reported falling volume. For example, in the UK, IG Group, which is a publicly traded company, onboarded 19,200 clients in its Q1, down by 27% from the previous year. Its total volume also declined in the quarter.

Meanwhile, cryptocurrency volumes have also declined sharply in 2022. Both centralized exchanges like Coinbase and Binance and decentralized platforms like Uniswap and PancakeSwap have seen their volumes tumble. In the most recent earnings call, Robinhood’s CEO blamed its deteriorating trends on high inflation and weak markets.

“Customers are seeing this high inflation along with high interest rates, bear markets and stocks and a crypto winter. And this all adds up to less money to spend and therefore, less to save and invest. You can also see this reflected in the drop in assets under custody that we reported.”

Still, some companies have seen their volume rise. For example, Exness has seen its monthly volume climb to above $2 trillion in the past six straight months.

Trading patterns have changed in 2022

A keener look at the financial markets shows that trading patterns have changed significantly in 2022. There are several reasons why trading volumes reported by most brokers and exchanges has fallen. First, the falling prices of key financial assets has pulled most traders from the market.

At the height of the lockdowns, the concept of Fear of Missing Out (FOMO) pushed more people to trading. With most assets climbing, it was easy for people to make money by simply buying the dip and following the trend. This situation was helped by low interest rates and massive government spending. Several governments, especially in the US, sent people stimulus checks, which they pumped back to the market. The situation reversed in 2022 as interest rates and inflation jumped while government stimulus ended.

Evidence suggests that most people are opting to stay in the sidelines given that the prices of most assets has crashed. For example, in the crypto industry, NFT volumes have dropped by 97% from their peak in January. Activity in Wall Street Bets, which peaked in 2021, has also crashed. 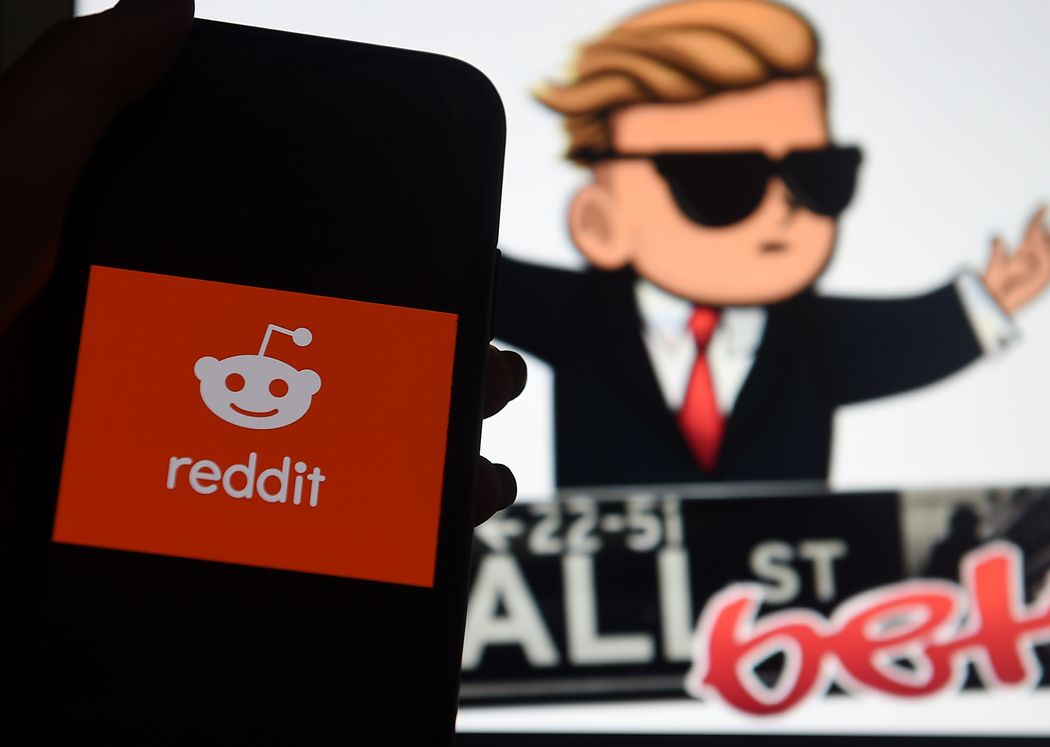 Back to work trends

Another reason why trading volumes in the forex and CFD markets declined is that more people are going back to offices. People who were working from home were among the top drivers of trading volumes in 2021. Now, the situation has changed and more companies are encouraging their employees to go back to work. The chart below shows that foot traffic in key UK cities has increased sharply in the past few months, 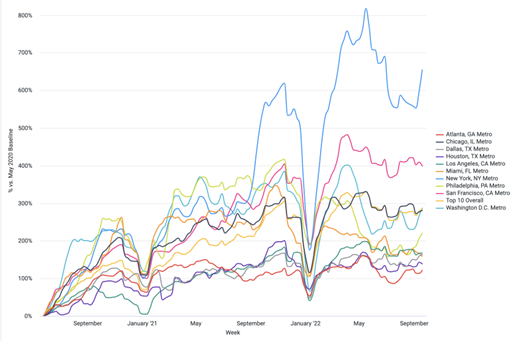 2022 has been a difficult year for the forex industry as higher inflation and interest rates have dragged returns in key financial assets. This trend is expected to change in 2023 as central banks are expected to be less aggressive. At Contentworks, we have a team of financial writers following the action in the industry. Talk to us about content marketing and financial analysis.

Loading...
Contentworks > The Content Bar > Finance > How Does The Cost Of Living Crisis Impact Trading? Does It?
« Marketing to Teens in The Finance Space
Regulations Round-Up – October 2022 »