Can Squid Game Help You Be a Better Forex Trader?

Watched Squid Game yet? It’s the most watched show in the history of Netflix, in any language. But it isn’t just binge-watchers who are excited about the series. The stock hit a record high on September 30, 2021, driven by the success of the show and hitting $610.27.  2021 has been a year of firsts, with meme stocks becoming mainstream, Elon Musk’s Twitter posts sending Dogecoin up like an overheated hot air balloon and now we have a Korean series making global waves in much more than the stock market. Can Squid Game help you to be a better forex trader? Let’s look.

Squid Game and the Economy

Once you get past the excitement of each episode, you realise that the series is really a commentary on the huge debt crisis in South Korea. Household debt in the nation has been increasing at the third-highest rate among major economies, with about 8% of the population of 4.24 million Korean with loans from three or more financial institutions simultaneously. The youth is disillusioned with the Korean financial system and believes that it is rigged. They are increasingly turning to cryptocurrencies in hopes of a better financial future.

Meanwhile, in the rest of the world, Squid Game has sparked a retail boom. The white Vans sneakers worn by the contestants of the game brought back the popularity of slip-on shoes. Vans saw a 7,800% rise in sales of its white slip-ons, with a 97% spike in search volumes of this specific footwear. The red boiler suits worn by the soldiers are also seeing their own share of fandom, with a 62% rise in searches in three weeks since the release of the series on September 17. 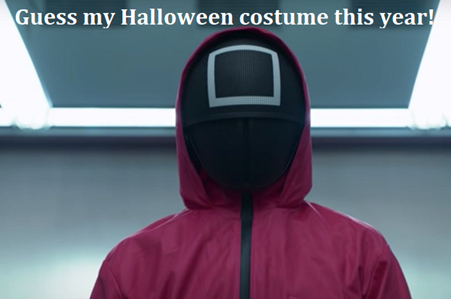 Even Dalgona, the brittle candy featured in the second game, has reportedly seen a 250% rise in sales.

On the other hand, Korean is the most popular language to learn in October 2021, with language learning app Duolingo reporting a 76% increase in new users wanting to learn Korean in the UK and a 40% hike in the US. Of course, squid sales have spiked too. Between September 17 and October 5, Latte Mart reported a 49% increase compared to the three weeks prior to the release of the show, while Nongshim’s Squid Chips saw a 58% rise in sales.

Big names aren’t shy to ride on the popularity of Squid Game either. Louis Vuitton has made Jung Ho-yeon (who played Sae-byeok – loved her, right?) its Maison ambassador. At the time the series was released on September 17, Ho-yeon had 40,000 followers on Instagram. In just three weeks of the release, her follower base grew to a whopping 19.1 million, making her the most followed South Korean actor.

Squid Game and the Forex Market

What we loved about Squid Game (apart from the entire concept, of course) was how it reminded us of everything we tell people about forex trading. At its very core, it showed how the trading hierarchy works. The more experienced traders are armed with knowledge (like the Front Man), the skilled ones focus on strategy (think Sang-woo and his three steps forward in tug-of-war), while the inexperienced might give in to fear or greed (think of all the fear that led people to their demise on the glass bridge).

Spoiler Alert: Here’s our take on the series and what it tells us about the financial markets. This section contains Squid Game spoilers so bookmark for later if you haven’t watched series 1! 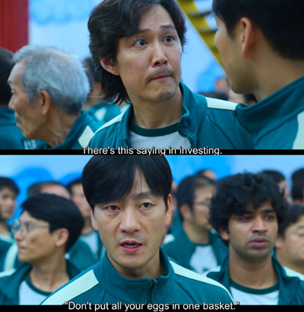 We couldn’t resist not sharing the bit about not putting all your eggs in one basket. But we don’t want to linger on clichés. What we really want to emphasise is what brought 456 people to play games they knew might end in their death – debt. That, in the world of trading, is leverage. Gaining the ability to multiply your exposure can be incredibly tempting. If the market moves in your favour, it could bring you the entire piggy bank in the sky. But it could also lead to your (account’s) demise. So, weigh your risk appetite and your long-term trading goals before choosing the leverage. 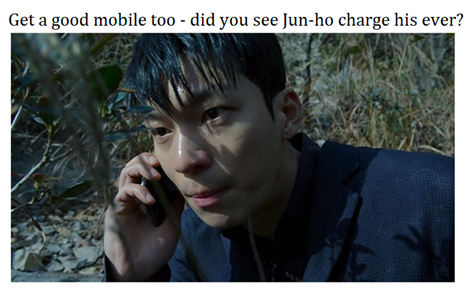 Of course, your mobile phone might not last for 4 days like Hwang Jun-ho’s, despite all those pics and videos he kept taking. But a mobile trading platform that gives you tools for analysis is definitely available, such as MT4 and MT5. Also, choose a broker who gives you analysis and opinions from experts and even access to social trading, if possible. Making sense of all the information can be a pain, especially if you’re new to the markets. 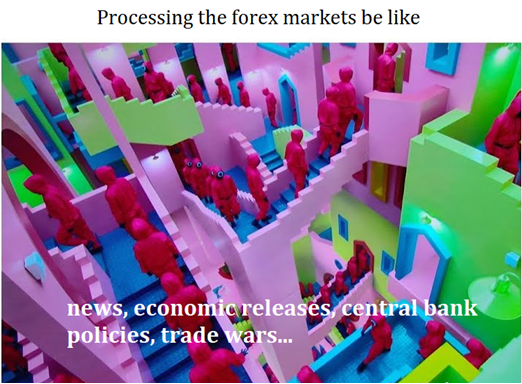 Emotions like fear and greed can lead wreak havoc on your trading game. They could make you rush decisions, second guess yourself and worse. This is why having a strategy in place and good analytics to base decisions on is crucial. It was fear that made the hands shake when the players needed to cut the shapes out of the candy and it was greed that led 187 people to come back to the game despite seeing the consequences of losing first-hand. 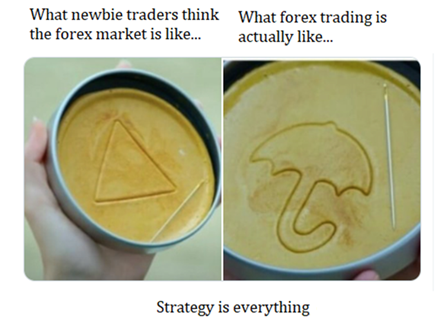 Following experienced traders, copy trading, social proof are all great concepts. But in the end, it’s each man or woman for themselves. If you follow the herd, you can only get so far. Plus, not everyone’s motivations, risk appetite and financial goals are the same. You have to choose your own path. Even in Squid Game, you might not want to join Deok-soo’s gang because they look like troublemakers. But even the good guys, who were looking out for each other threw their teammates under the bus to win. Remember the mind-bending marbles game and Ali’s betrayal? So, observe, learn and then make your own decisions, based on robust analysis. 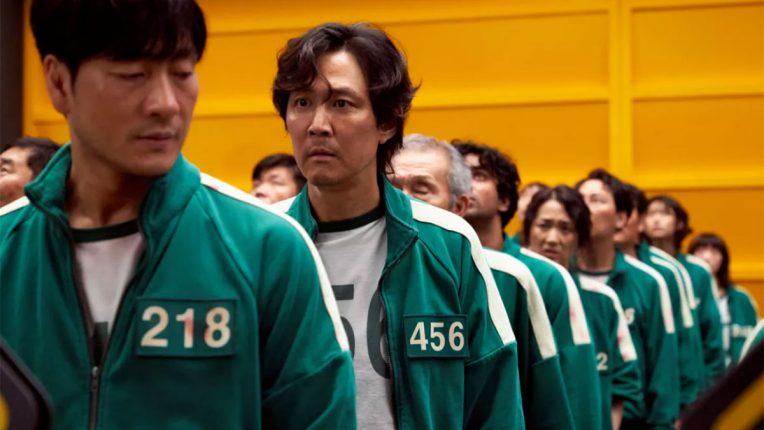 Recruitment by the Smooth Operator

Remember the recruiter in Squid Game? Well dressed, smiling, charismatic and charming right? He was. And yet, it was this approach, especially to the desperate, that made him instrumental in their downfall. Not everyone who offers “free money” is a good guy. In fact, often the opposite is true because everything has a price. New traders, unaware of the FX space, are often lured by promises of fast money, gifts or even a work free life. Building trust in the finance space means casting aside all those sleazy recruitment practices and focusing on being sincere. At the end of the series, Gi-hun sees the man who recruited him at the train stop with a new potential player. It seems the recruiter does this regularly, but it’s unclear how many others are also doing this job. In the FX space there will always be someone looking to recruit “players”. 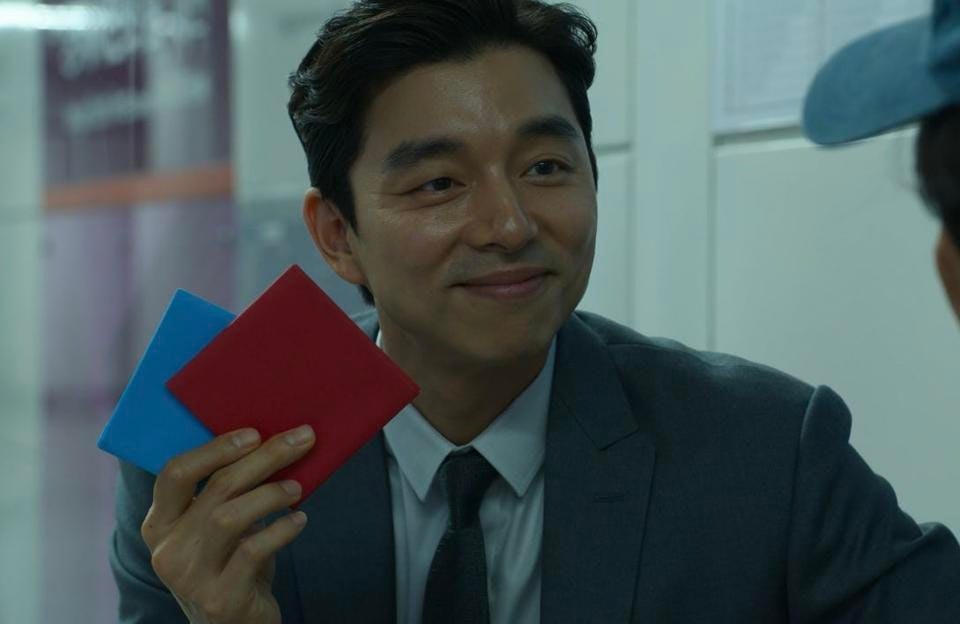 Why are you trading forex at all? The reason can make a big difference in your long-term survival. If you’re here seeking some quick money to pay off debts, it’s the wrong reason. You are unlikely to be in the right frame of mind to make sound decisions. Desperation can make you take risky steps, just like the players came back to complete the competition in Squid Game. Or you could be a trader like the grand old man, Il-nam, who played just for the thrill of it all. With such motivation, your enthusiasm is unlikely to last very long. Successful forex traders study the markets, read up on forex education and pay attention to analysis. They also understand that trading is risky and should not be undertaken in a debt ridden panic. Responsible brokers focus on providing solid education for their traders including webinars, videos and courses. 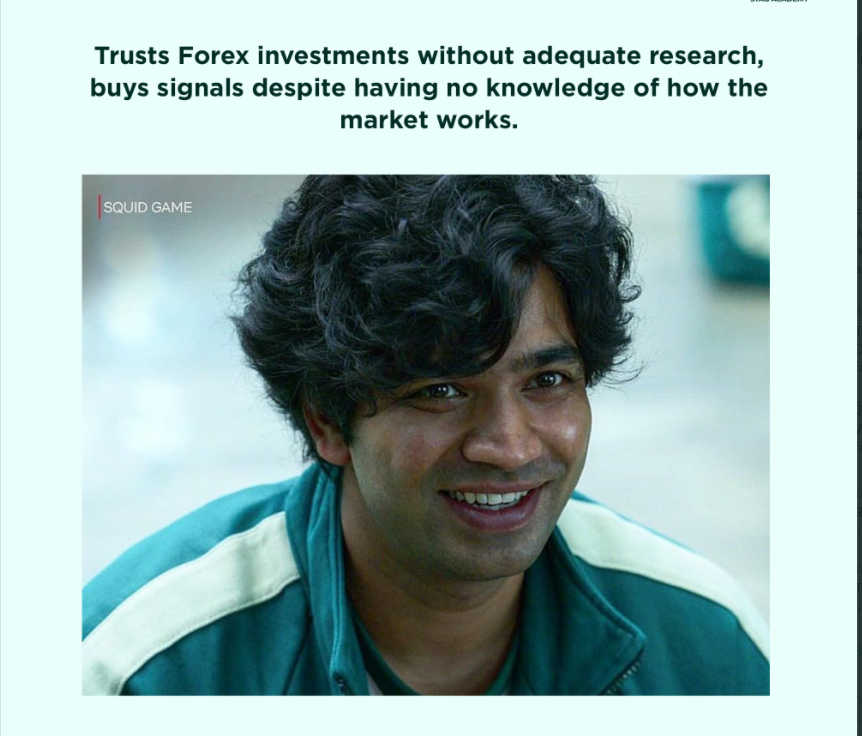 We could go on about all that Squid Game can teach us. It has been a game-changing (pardon the pun) series that did the most unexpected – moved the financial markets. Enjoyed reading Can Squid Game Help You Be a Better Forex Trader? Go ahead and share it with your network.

At Contentworks, we love keeping up with the latest trends and how they affect the financial markets. In fact, trader psychology is something we are quite passionate about. This is what makes our financial services marketing efforts different from the rest. Talk to our team to learn how we can engage your target audience.